The Oscars of California School Architecture

Just yesterday, California’s Coalition for Adequate School Housing (CASH) announced winners for its Excellence in Design Awards. If you’re involved with K-12 school design, in any capacity, the CASH Awards are tantamount to the Oscars, which happen to be this Sunday at Hollywood's Kodak Theatre. 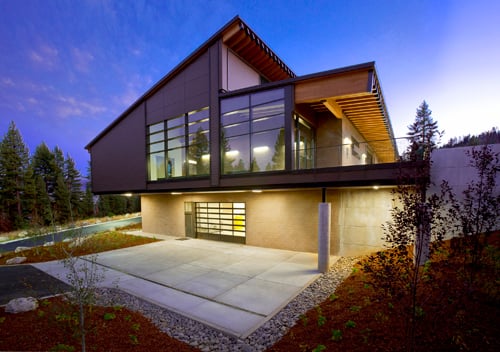 In 2007, we put together a District Facilities Master Plan for Lake Tahoe Unified School District – followed by design work on four of their upcoming educational facilities.

“[The work at South Tahoe High School] is a very effective use of multiple funding sources and a very good conceptual use of career-tech education money … The design is protective of the Tahoe environment, which is an area that’s difficult to build in,” said the Jury Panel. “[Designers] made interesting use of landscapes, and the shop spaces are incredible.”

The facilities at South Tahoe High School provide the kind of secondary education opportunities the jury noted, they’d like to see more of. “Not only are the programmatic elements there, but it really speaks to career trajectories for young people. It’s just beautiful and really stunning,” says a Juror.

For Newport-Mesa Unified School District, LPA assisted with renovation designs for Newport Harbor High School’s historic bell tower – leveled in 2007 because it was found to be seismically unsafe. Restoring a 99-foot-tall, 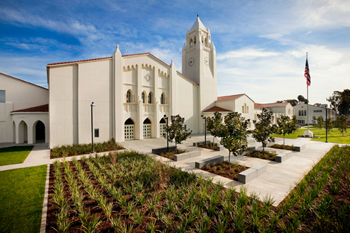 77-year-old landmark is no easy feat. Design teams had the challenge of reinventing a structure from the 1930s. Preserving elements which include art and murals commissioned during the New Deal. Reorganizing existing programs to improve the educational experience for students. And doing this all with a community heartbroken by the loss of their initial landmark.

“They did a fabulous job recreating and being true to the original building. The new buildings serve as a backdrop to the existing work and they did a good job with the interiors in taking the modern elements and blending them with the historic elements and making it all work together,” said the Jury Panel. “The aesthetic is beautiful and [the] interiors are well thought out.”

As with the educational facilities in South Lake Tahoe, the words “stunning” and “elegant” were used by the jury, to describe the renovation at Newport Harbor High School. If MGM art director Cedric Gibbons, designer of the Oscar statuette, could but see these schools, our hope is that he’d enjoy them. And maybe even liken their aesthetics to his own, timeless design.

For more information about the CASH Awards, visit cashnet.org.