I read an intriguing article in Architectural Record last month about a prototypical concept for the classroom learning environment called School of One. This idea calls for an instructional setting featuring a variety of differently sized classrooms, flexibly tailored toward a variety of teaching and learning styles to help the variety of students who learn in various ways. It's a drastic change from the traditional approach of having one teacher in front of a grid of students, issuing forth the lesson of the day.

In School of One, students have a personalized daily lesson plan developed off their interests and preferred style of learning, and they spend their day in their desired study setting. Those who enjoy the traditional lecture style can sit in a larger classroom and take notes from the teacher, but others who enjoy group interaction can depart to and acquire knowledge in more intimate settings. More technologically savvy users might make use of online information and more computer-based courses, while those who enjoy studying alone or in one-on-one settings can take study carrels or smaller learning offices. It's a system that relies upon flexibility--flexible furniture layouts, moveable partitions, wireless technology, and mobile workstations--which goes hand-in-hand with the belief that different students learn in different styles and at different paces.

For veterans of the typical classroom environment, this might seem like a revolutionary and jarring change to the educational system, but according to a test run last year, students averaged a nearly 30 percent increase in the number of test questions correctly answered. So, it seems like an idea worth pursuing. At the very least, this offers an interesting and potentially incendiary discussion on how the future of schools and classrooms should be formulated. Is the traditional classroom outdated, or are current instructional tools sufficient? Understandably, educators feel more comfortable when they can be in command of a class, at the head, with every student in view and accounted for. A flexible "modular" environment features many students studying on their own, and who can guarantee that they're actually learning, as opposed to taking advantage of their independence and wasting time? This could also apply to the concept of having students tailor their own lessons--can educators trust students to opt for what's best for them? Why fix what's unbroken?

Well, one can argue the current system is broken. The U.S. primary and secondary school system ranks in the middle of the pack when ranked among other developed countries, and for those who take pride in the United States being "number one," it may be hard to accept that other countries' students routinely score higher in math, science, and comprehension exams versus Americans. Maybe our system is too rigid to accommodate such a vast range of students and learning patterns. Everyone remembers sometimes being bored in high school because certain classes just didn't seem fun. Had those classes been presented in a more engaging way, perhaps more lessons would have been retained.  Conversely, other classes were a joy to attend, because the teacher was enthusiastic, the information was taught in an appealing and understandable manner, or there was something extra that just made things better.

Is there one right new answer? Probably not, but I propose that the School of One isn't as rebellious as it might first appear. It's accepted that lower student-to-teacher ratios encourage more personalized instruction that is more efficient and effective. This idea takes that mantra to a higher level. Perhaps its biggest hurdle is trusting students to be invested in their own learning. But outside of completely revamping how schools function, we could also tweak existing systems to encourage interaction and collaborative learning. Crafting spaces that encourage students to come together and teach each other may help. In addition to traditional classrooms, schools could provide more informal "break out" learning spaces (one of my projects, a new high school to be built in Long Beach, aims to incorporate this format). Independent study pods and outdoor learning labs can provide fresh takes on the traditional learning environment. 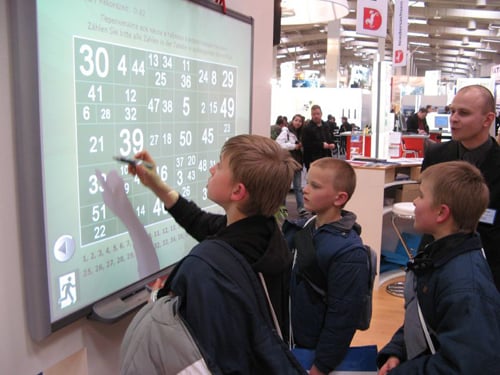 Embracing new technology can also energize the classroom. Interactive whiteboards merge physical and digital information delivery, while interactive classroom response "clicker" systems encourage students to participate in the lesson rather than just mindlessly listen. These are things that most of us never had as children, but the 21st century is changing everything, including how people learn.

Regardless of whether it's via the traditional classroom or a flexible space with individualized lessons, the future of schools is sure to generate animated discussion. Traditional or conservative educators may cling to what they've been familiar with all these years, but I would urge an open eye toward new technologies and methodologies. At the very least, I think it's well worth talking about.