It might be hard to believe, but nearly a century ago, Los Angeles had the most impressive public transportation system in the country. The Pacific Electric system used light rail and trolleys to connect the core of Los Angeles to such faraway destinations as Santa Monica, Long Beach, Newport Beach, and even San Bernardino. This extensive network enabled area residents to commute relatively long distances, something well ahead of its time during an era when the automobile was just starting to make its mark. 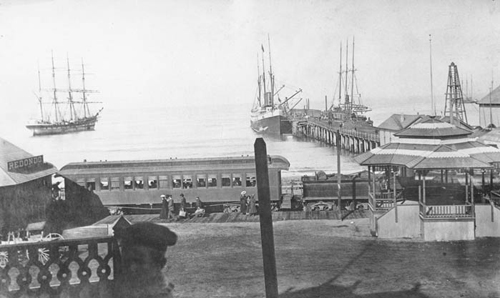 Unfortunately, the spread of the automobile, development of the highway system, and unprofitability of rural, less populated areas of the system conspired to doom the "Red Cars." By mid-century, freeways were the arteries of people movement, and Los Angeles' public transportation had been primarily reduced to buses, which were subject to the same constraints automobiles were. With additional time, population increase, and automobile proliferation, L.A. became a town where the car is king and constant traffic and congestion is its queen. How sweet it would be to have an alternate system of transport that could shuttle residents from point to point in roughly the same amount of time it would take a car stuck in traffic, only without the stress and hassles of actual driving.

Well, earlier this month, the opening of the new Gold Line extension from Union Station into the area of East Los Angeles south of Monterey Park, marked another step toward this potential reality. By bringing a more impoverished but still bustling area into the light rail network, this Gold Line extension provided a new access node and carved a new significant civic milestone. By freeing a new zone of residents from the necessity of relying upon cars to reach their destinations, the system has potentially activated a more pedestrian-oriented mode of travel, which in turn can dramatically affect the urban landscape and the architectural development of these areas.

As LA Times architecture critic Christopher Hawthorne notes, there's a much different experience when one walks through a city versus driving through it. At this slower pace, the street becomes a gathering place for people of all backgrounds and agendas. This means the built space must react and accommodate different priorities, all oriented to the human scale. Stores and restaurants can less afford to hide behind a sea of asphalt parking, and green space needs to act as public gardens that attract and comfort those who traverse on foot. Traditional zoning perceptions of separating the commercial from the residential may be changed, because the lifestyle of a pedestrian often requires integrated amenities and proximity of services. And that doesn't even delve into the potential new-found appreciation for the designed space itself... the joy of noticing details and elements that would have never been realized when such items were being passed at 40 miles per hour.

It also goes without saying that mass transit promotes multiple principles of sustainability.

Providing a substitute to cars can reduce pollution within the city. Alternative transportation promotes efficiency and better use of energy and resources. Encouraging a non-automobile lifestyle advocates integration of all services. And the planning and design of each transit stop can be the catalyst for new public spaces, which can revitalize neighborhoods and reinvent long-abandoned districts. The only thing people have to relinquish is the absolute freedom of being able to go anywhere, anytime. Given the state of congestion and confrontation on the roads these days, how much freedom does that truly provide? 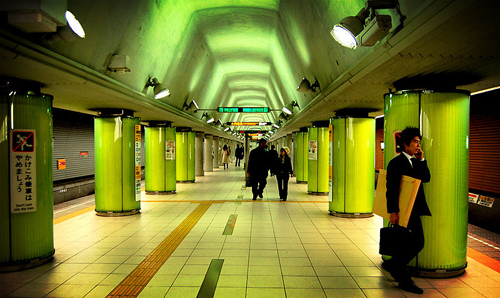 Unfortunately, Southern California has too much sprawl for buses to contribute a timely form of public transportation. Light rail is the best option Angelinos have, and even that would be a difficult endeavor to attain the efficiency and convenience that denser cities like New York, London, and Paris have. If you look at a massive city like Tokyo and notice how its systems of publicly and privately run light rail routes coordinate to provide coverage around a similarly sprawling area, you realize that such a network may not be unrealistic after all. At the very least, one that services the most popular regions of So Cal may still provide enough of a difference to promote a more sustainable future. After all, freeways can only be widened so much, and as more and more cars continue to join the roads, eventually, an alternative must be provided.

Part of this is already happening. With proposed additional Gold Line expansion eastward along the Foothill corridor into Monrovia, as well as an Expo line that will connect Downtown westward to Culver City and hopefully Santa Monica, additional avenues of transport will be provided, and with it, additional improvements in urban space, design, and sustainable living. Perhaps one day soon, Los Angeles can rejoin the ranks of cities that offer world-class public transportation to its citizens.