There are a lot of benefitswhen looking at the end results of modernizations. The value of the enhancements provided makes "mods" a logical option in most cases. But it's also interesting to look at mods from the other side--the beginning. Namely, for me, this includes: 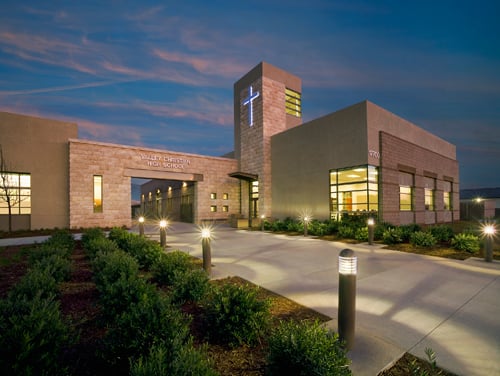 Many times, a modernization is called upon due to physical necessity. A school has reached an age where many of its facilities are drastically non-compliant with current building code. Insufficient maintenance has left classroom buildings in a state of disrepair, and significant upgrades are needed just to maintain functionality. Building systems have reached the end of their life cycle and need to be replaced. The driving factors are all practical, and the budget is often limited. Given the circumstances, it's understandable to want to do the bare minimum to preserve the status quo, and very likely, this means discarding targets related to sustainability, because of their often comparatively higher up-front cost.

I look at the situation, however, and encourage long-term thinking. Installing more energy and resource-efficient systems saves on operations costs. Utilizing quality products and proper methods during construction saves on maintenance costs. Going beyond the minimum requirements to improve the standard of design yields countless intangible effects, such as improved learning comprehension, higher morale, and healthier occupants. The dollar savings can quickly add up over the years, and schools may find that going with more sustainable measures pays for itself well before it's time for the next modernization. That in itself is fiscally sustainable.

Furthermore, green modernization undertaken now may reduce the scale of modernization in the future. And while it's understandably difficult to consider all of this if the up-front budget simply isn't there, it's always commendable to at least try.

This ties to the second point. With the prevalence and popularity of the green movement these days, any new school will likely feature at least a "bare-minimum" standard of sustainable features. Efficient plumbing fixtures, low-volatile organic compound (VOC) finishes, and low-energy mechanical systems will probably be included because they're becoming mainstream. But there will always be newer and better versions of these products as the years pass, and today's green products will likely be considered as eco-unfriendly in the future as traditional products are now. Thus, new k-12 schools may want to consider implementing "advanced" technology to make later upgrades easier and less intensive.

For example, instead of isolated traditional AC systems among various buildings, it may be beneficial to install a central plant that can run cooling and ventilation in a campus loop that operates more effectively, is more economical to maintain, and allows more convenient expansion. Because a central plant is much more efficient than multiple dispersed units, additional capacity can be built in to accommodate future campus development. Another alternative system is green roofs, which may be a more complicated to install versus traditional roofs, but will improve building insulation (thus lowering energy costs) and significantly increase the life expectancy of a roof (thus decreasing roof replacement costs).

Installing photovoltaics will generate energy for the school, and depending on the scale, could make the school electrically self-sustaining. Of course, it would be nice to load a new school with all the latest and greatest of green building systems, but the people who will have to maintain and operate these schools often prefer what they've been used to for years, because they know how to take care of them. The key is to not be intimidated by unfamiliar systems. This requires educating the proper people on the realities of such systems and dispelling any myths that may be associated with them. From the client side, it also means putting aside any prejudices toward traditional technologies and taking open, accepting views toward new ones.

The whole point of sustainable design is using today's resources in a way that helps tomorrow thrive. Thus, the days of only looking at the current bottom line should be abandoned. It's always more helpful to look at the grander picture, and the only way for that to be effective is to do it from the start.