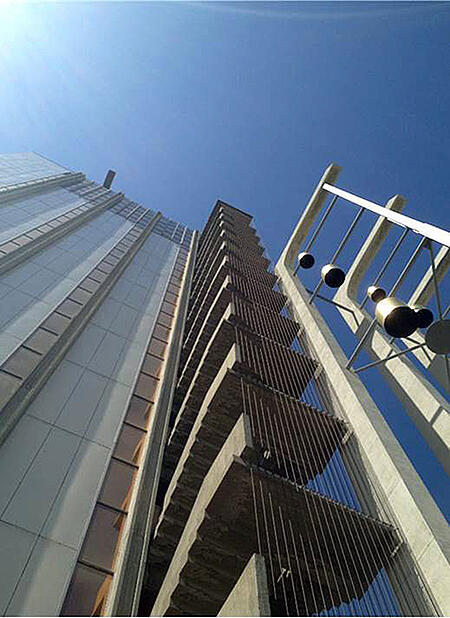 LPA has been working with the Diocese of Orange to bring the Christ Cathedral campus Arboretum and Tower of Hope into the 21st century without disturbing the architectural significance of its rich history. The Diocese acquired the historic campus, formerly known as Crystal Cathedral campus, in Garden Grove, Calif. in February 2012. It was the original worship area for Reverend Robert Schuller's Crystal Cathedral Ministries, and is now serving as the home for the relocated St. Callistus parish.

Richard Neutra’s Tower of Hope has been an important Orange County landmark since it was built in 1968. The 13-story tower — the tallest building in Orange County at the time — complements Neutra’s recently restored Arboretum building.

LPA’s integrated design team worked closely with the Catholic Diocese of Orange to restore, revitalize and extend the life of the Tower of Hope for the next 100 years. An essential component of the tower’s rehabilitation was a full-scale seismic retrofit of the building.

Like many concrete-framed buildings built prior to 1976, the Tower of Hope is considered “non-ductile” or brittle by seismic engineers. This means that as the building shakes back and forth during future strong earthquakes, the load-bearing columns may ultimately fail, leading to dire consequences for the building and its occupants. 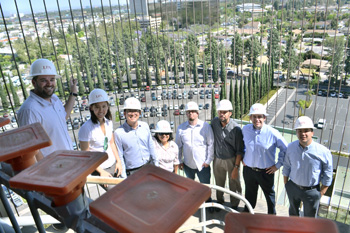 A traditional approach to seismic retrofit design calls for adding concrete shear walls or steel-braced frames from the foundation to the roof — 160 feet high — and a new drilled caisson foundation system below the building. Not only does this approach reduce the usable space on every floor, it’s very expensive to build. 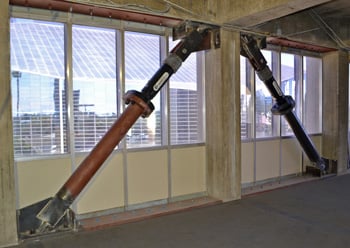 LPA’s seismic engineering team approached this unique challenge by using an innovative, performance-based design strategy. Fluid viscous dampers, which are large custom-designed shock absorbers, were installed on the second through fifth floors of the tower. By putting dampers on four of the 13 floors, seismic demands on the building were more than halved, allowing the building’s structural system to perform the way its mid-century designers originally intended.

The seismic engineers worked shoulder-to-shoulder with LPA’s architects and interior designers. The integrated team ensured that the seismic retrofit design both preserved the original architectural character of the iconic building and maximized the amount of functional interior space.

The main lobby, with its views to the adjacent fountain garden, and the signature Chapel in the Sky were preserved by locating dampers on only the second through fifth floors. A very impactful outcome of the retrofit design is a savings of almost two million construction dollars over a traditional approach to seismic retrofit.

Using 21st century technology and an integrated design approach, the tower is being restored to its period of architectural significance and will allow future generations to safely enjoy a truly unique space.

Bryan Seamer, an Associate at LPA Inc., is the managing director of structural and seismic engineering. With more than 14 years of experience, he has lent his expertise in work for higher education facilities, corporate offices, community centers and K-12 schools. Seamer has a passion for using emerging technologies and innovative design strategies to create safer built environments and preserve historic structures.