At the heart of every project, there is a community. Engaging that community—the residents, students or workers—and making their needs the foundation of the design is the essence of any successful development.

Yet, far too often, the community engagement process dissolves into bitter squabbles, protests and, at worst, lawsuits. Nothing can stall or kill a project faster than an upset, divided community.

It doesn’t have to be that way. Community involvement doesn’t have to be about conflict, stress and NIMBYism. The engagement process should be part of the DNA of the project. And it starts with a commitment to learn from the community and empower their ideas.

“We take an approach developed by Lawrence Halprin which essentially states that communities not only have a right but a responsibility to be involved,” says Arash Izadi, Associate Principal at LPA. “This process allows us to understand the values of those who will likely experience the new space on a daily basis.” 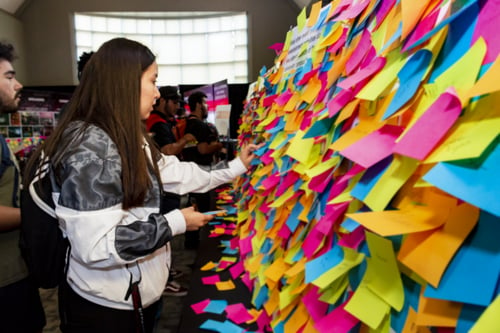 Finding ways to get the community engaged and involved in the process—to help drive the design in a meaningful, positive way—can be a challenge. But a thorough and strategic outreach effort is critical to achieving a project’s goals, leading to better results that meet the real needs of the community. Here are five tips for a better engagement process:

It’s also essential to establish the identity of the primary user groups for the project. Learning more about the core audience—which might differ from the general public—will inform the right approach and improve opportunities for critical feedback. A defined, equal representation of the population subsets will result in a comprehensive view of the needs and goals for the project.

For the $98 million redevelopment of the West Hollywood Aquatics and Recreation Center, LPA designers knew they were developing a significant facility for a community that was active, engaged and wary of any new development. The facility was already part of the fabric of the community, used for competitive swimming events, intramural sports, political gatherings, art exhibitions and social events.

The city was able to identify the key constituencies and gather them for a lengthy series of community meetings early in the process, making clear their opinions and input mattered. Participants in the meeting were thoroughly vetted, to make sure they represented different viewpoints.

“It was important to our process and the city to organize a cross-section group,” LPA Principal Rick D’Amato says.
The final design was widely praised as responsive to the local interests, including dog parks, a national AIDS monument and an additional 3.5 acres of green space.

One size doesn’t fit all. A cookie-cutter approach can backfire and draw the wrong conclusions. Each community requires a different type of outreach.

Early in the process, stakeholders should agree on the barriers and potential landmines in the process, to help develop a specific strategy. In some cases, it’s important to learn what efforts were already attempted to engage the community to avoid “outreach fatigue,” which can make the process feel like a burden to the people you are trying to reach.

Gauging the mood and individual styles of the community can help lead to better quality discussions. In some cases, LPA designers have encouraged people to work directly with others in the community. It helps for them to hear what other people have to say, while dealing with the same budget and project realities.

Working outside organized settings often offers a better chance at success. For the development of the Orange Public Library, the designers went on an extensive road show to talk about the project with local groups, rather than waiting to see if they would participate.

During the design process for a new community center in Laguna Niguel, the community was divided on the aesthetic direction of the project. The designers steered away from the typical approach to provide the different factions with renderings and case studies, emphasizing the project’s initial priorities, to help guide the debate to a consensus.

“LPA validated multiple options which met the criteria of the project in different ways allowing the community to select the direction they felt was most indicative of who they are,” LPA Associate Jeremy Hart says. 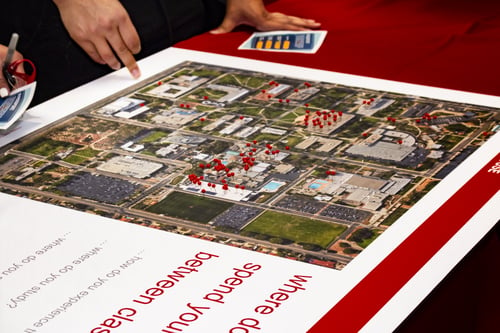 The goal of community outreach is to build consensus. Feedback starts with encouraging a dialogue, not a dictatorship, in order to seek common goals.

That dialogue also must be based on asking the right questions, the right way. Questions need to be structured to bring people together, not divide or create factions. And they need to discover the subjects most important to the community.
“It is essential to identify the major issues, so we can address those issues up front and show we understand their concerns,” Hart says.

During this phase of engagement, the mindset is to figure out both the community’s desires and pain points—what will hurt people if they lose it. “We always ask what they feel will make the project successful or what the three most important things are that they want addressed,” Izadi says.

The questioning continues at every phase of the process. On site tours, specific “stops” can be established, where community members write down answers to very specific questions about the location. These targeted questions spur specific feedback on everything from roads, and views to the landscaping and community issues. Those responses are shared anonymously at future sessions, giving members of the community a chance to learn how other people are answering questions, in a non-confrontational format.

People consume information in different ways. Some people respond very strongly to pictures; others like detailed text. Some like printed handouts; others are digital-only. In some communities, information fairs are a great way to discuss a project; other groups respond to site tours or focus groups.

You can’t assume the message has been delivered if it was only broadcasted through one medium. Designers need to pursue a variety of avenues to make sure they are reaching the right people and breaking down any potential communication barriers. Smaller groups can help make those connections. Not everyone feels comfortable talking in front of a large audience. Many people are going to prefer online discussions or surveys, where they can easily make their opinions known and remain anonymous.
On a multi-school development for Santa Clara Unified School District (SCUSD), designers engaged stakeholders with a virtual reality experience of the proposed design to help them understand the layout. The demonstration allowed district members to make real-time decisions, such as incorporating more glass to create openness on campus.

In the planning phase of the student union expansion for California State University, Northridge, LPA designers worked to engage students in multiple ways. Questions were posed on bulletin boards for students to reply with post-it notes. “Inspiration imagery boards” were displayed at an event, allowing students to react to various student life elements.

“We knew it was going to be challenging to get a broad cross-section of students to engage,” says Winston Bao, an LPA Associate. “We wanted to be creative in our outreach and inspire the vision through a transparent and collaborative methodology.”

In many cases, an unconventional approach is going to make a better connection. For the West Hollywood project, D’Amato talked to many residents while they were walking their dogs, which is one reason dog parks became a central part of the design.

The key element to every community engagement process is listening. The most successful workshops are led by the community, not the designers. “As designers, we are the note takers, listening to what they develop,” Hart says. “Our job is to synthesize their feedback into design solutions.”

“It starts with the idea that we don’t know everything,” Blanton says. “We’re listening for both uniqueness and commonality, looking for ideas and themes and what is really important to people.”

In the design process for a pool replacement project in Rancho Cordova, California, LPA found vocal community groups advocating for different amenities, with clear divisions between the supporters of a recreational pool and those backing a competition pool. Rather than trying to steer the discussion, designers listened and recorded the feedback, and then demonstrated how the design was addressing their interests. The final answer was two pools, which pleased both groups and provided an economical, efficient solution for the city.

“We always make it clear to groups that we’re not there to say yes or no,” Izadi says. “We are there to listen.”

Any community engagement process should be designed to build a sense of authorship. Taking a research-based approach, using specific, pro-active techniques, can spark ideas and celebrate the community’s values and culture.

“It’s not about making every single person happy,” Izadi says. “It’s about people agreeing that at the end of the day this was the right project solution for their community and the stakeholders.”