Our industry has been permanently changed to esteem sustainability, and find ways for buildings to do more with less. It just makes good business sense. Creating buildings that use less energy and water will be more and more valuable in the future. We do this by finding ways to use the unique aspects of each site. 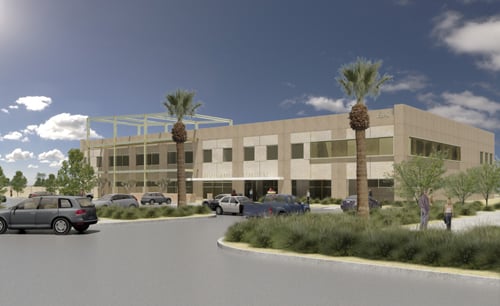 There are some very practical reasons driving the need for sustainable building design in California.

One reason is the escalation in energy costs. According to the California Energy Commission, commercial sector retail electricity costs across the investor owned utilities (these are Pacific Gas and Electric, Southern California Edison and San Diego Gas and Electric) increased 1.6 percent annually on average from 1982-1998. Then, in 1998 the electricity markets in California were deregulated and since, electricity costs have increased by 5.2 percent annually on average from 1998-2008. This means that electricity costs have more than tripled based on these averages. In California, natural gas is the predominant fuel used for power generation and also provision of building heat. According to the U.S. Department of Energy, commercial sector retail natural gas costs have increased by 7.4 percent annually on average from 1998-2008.

Water, another critical resource to development in California is currently a political hot button issue, short in supply and escalating in price. Sustainable building design addresses some of the critical issues surrounding water use by focusing on efficient use of water inside the building, via efficient fixtures, outside the building, using drought tolerant landscape and surrounding the building, by seeking to reduce storm water runoff, using strategies such as permeable pavement and bioswales.

There are also numerous legal requirements in California that will direct the industry towards compliance with sustainable design practices. Taken historically, sustainable design is the next step that Californian's will take toward their commitment to energy efficiency, a process set in motion after the first oil shock of 1973.

A measure of success is that back in 1970, Californian's used roughly the same amount of electricity per capita as the rest of the nation, but currently use almost 50 percent less, and for a state that is the 12th largest energy consumer in the world, this makes a big difference.

As mentioned in a previous post, Three for Three: Cities and Stimulus Money, LPA is currently working on a Police Facility for the City of Hesperia which thanks to funding by the Federal stimulus package, will achieve grid neutrality. The sustainable quotient of this endeavor begins with the design of very efficient buildings. The federally funded solar energy project (renderings above) encompasses all factors needed to complete a turn-key solar electric system, approved by the California Solar Initiative. Photovoltaic panels will now reside on the police facility's roof and parking lot canopies in effect, providing for 87.5 percent of the building's energy requirements based upon Title 24 calculations (experience has shown systems perform better than design calculations).

With so many green features like lighting controls, use of products with recycled content, local material use, construction waste diversion, use of nontoxic, low VOC paint and water efficient fixtures now considered best practices, grid and carbon neutral buildings are going to be the measure of sustainability in the future.